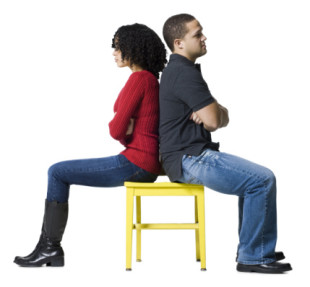 Ever have to sit one of your kids down for a time-out and all you hear is, “hey, he did it too!!!”, or “…she started it, blah, blah, blah”?  Yep.  Ezekiel has to deal with exactly that in Ezekiel chapter 35. Of course, that’s not exactly how it reads, but the timing of the chapter implies this quite a bit. So lets chalk that up to my interpretation.

Up to this point, Ezekiel has given us detailed (very long and thoroughly detailed) explanation of why all these judgments have come down on the people of Jerusalem.  There have been objections and extenuating circumstances, etc.   There has been an indepth analysis of all the business deals involving local partner countries which led to corruption.   And there have been the pointed lectures about taking responsibility and giving up on the “me first” attitude.

At this point in Ezekiel’s writings you can just imagine last ditch efforts to deflect some of the responsibility. And who do you deflect too?   Why the neighbors of course!   But what about those so-and-so’s over in Edom? They’ve always hated us and been mean to us, and, and, and….sniff. And to add insult to injury, Edom was useful in the final destruction of Jerusalem when Babylon invaded.

To be fair, the captive Israelites had somewhat of a point, a point which God does address.  It was true that there was deep seated enmity between the people of Jerusalem and the people of Edom. However,  the main objection that Ezekiel addresses is the avarice of the people of Edom. To be sure, this is the exact same criticism that Ezekiel leveled at his own people – the leadership of Jerusalem.   This false doctrine goes like this:  Other people suffering from misfortune and calamity is evidence of our blessed state, evidence of our holiness.     Ezekiel is very clear about this being a framework of sin.

In Edom’s case, the thought was now that the residents of Jerusalem are taken away captive and out of our hair, we get the spoils, we get the land, we get the houses, WE GET TO PROFIT AT THEIR EXPENSE.     Um, can you say “Self Justified Sense of Entitlement”????   not a good thing.

Ezekiel writes God’s disapproval of this ideology as such:
“Because you harbored an ancient hostility and delivered the Israelites over to the sword at the time of their calamity, the time their punishment reached its climax…….Because you have said, These two nations and countries will be ours and we will take possession of them,” even though I the Lord was there, 11 therefore as surely as I live, declares the Sovereign Lord, I will treat you in accordance with the anger and jealousy you showed in your hatred of them and I will make myself known among them when I judge you.”

We are talking about a city/people who harbored ancient hostility. But that can apply to you or me just as well.   Harboring hostility.  Perhaps carrying around ancient grudges isn’t all that healthy at that. Perhaps that leads to desolation in the mountains of the heart.

Perhaps we can do better. 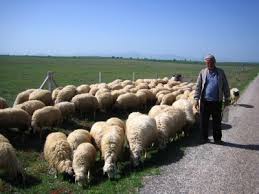 “The Sovereign Lord says: I, myself, will search for my sheep and look after them”.  This line from Ezekiel 34:11 is key to the entire concept of the coming of the Messiah which we celebrate each year at Christmas.  It is behind the whole idea of having a New Testament to compliment that which was written in the former “Old” Testament.  But where did this come from, and why?

Open the door (turn the page) to Ezekiel chapter 34 and you get the most carefully articulated description of the core problem which led to Jerusalem’s fall at the hands of the Babylonians. As always with Ezekiel, there are many layers to what he is trying to get across to his band of survivors in the desert.  But, one of those important tenants is ‘hope’, hope indeed for a people who feel lost, overwhelmed, and abandoned. Those emotions pulse with resonance to many of us today, living in a world of fear and distrust.

In the very first verse of this chapter, God calls out the leadership of the people of Israel – those entrusted with the care and management of the people, those to whom also is given the mantle of religious authority.  And the call out is not good as is stated in Verse 2:  “Woe to you shepherds of Israel who only take care of yourselves! Should not shepherds take care of the flock?”

Now today, the word shepherd is applied mostly to religious leaders of some sort.  And given the rate of scandals that we are routinely subjected to from the religious elite, it would seem that this accusation is valid in this day and age, as much as it was valid in the days of the great prophets.  Indeed, the question stands – why are you only taking care of yourself?  Why are you demanding donations from the weak and the needy so you can equip yourself with mansions, cars, and private jets?     It makes you wonder if these people actually have ever read the same Bible from which they preach.   For, in this case, we are not stipulating a line item rule set – which is an incorrect approach to Biblical study.  We are examining a general principle as stated by the Creator in this pragmatic question: Should not the shepherds take care of the flock?

From Ezekiel’s point of view, at the time of his writing, it was common to apply the term shepherd to the governmental figures – often royalty – who were in charge of all aspects of the wellbeing of the people.  Read that again.  Shepherd meant Kings in charge, Government in charge, High Priests in charge. So if we are to examine Ezekiel’s prophetic guidance with an eye towards accuracy, then we must acknowledge that he was highly critical of abuses conducted by those persons in positions of power, who were enabled to work towards the benefit of the people, but chose to only benefit themselves – or worse, directly abuse the people for whom they were entrusted to provide benevolent care.  Again, we see that this human weakness is still among us, and we see the abuses by what we can refer to as the religious elite just as easily as we can observe the abuses by individuals in governmental power or administrative power.  These come under the common heading/category of social injustice for which the prophets held little back in their vocal criticisms.  (If you doubt this claim, take a look at Verse 16, “…I will shepherd the flock with justice.”)

So what were the shepherds supposed to be doing?  What was the primary hallmarks of their responsibility whether governmental, religious, or otherwise?  Ezekiel spares no time clearing that up in verse 4.  Ezekiel’s declares to those in power:

Remember Jesus’ admonition to Peter before his ascension?  “Feed my sheep”. He was quoting/referring to this very section of Ezekiel.

Then the accusation from God is stated in the form of a sorrowful lament in verse 6:  My sheep were scattered over the whole earth, and No One searched or looked for them.

That verse resonates with me, and I’m sure resonates with many who read them as well. To have that feeling of having once been part of a community, to have peace in your heart, and then to find yourself lost, lost to the point where you realize that no one is coming to look for you.  Ezekiel vividly describes that feeling with an image that binds words to feeling in verse 12, “…I will rescue them from all the places where they were scattered on a day of clouds and darkness.”  Clouds and darkness – how appropriate.

This is why, in verse 10, God says that He is “against the shepherds” and will require an accounting of his flock from the shepherds.  This verse carries a lot of weight and is often overlooked.  This indicates a sentiment that was echoes by many of the prophets. It is the principle that government is authorized on behalf of the people, by God, only as long as it serves the needs of the people.  That government in itself, just as clerical high standing in itself, has no reason to believe that its actions are self-justified.  It’s a slippery concept, but one well worth examining in further detail.  That discussion is beyond the scope of this manuscript.

Moving on from verse 13 we come to another area that is often overlooked, a place where there is some very good theological concepts that Ezekiel is trying to impart to his people who are feeling very lost and forgotten – having been swept away from their city and from the Temple where they were supposed to be practicing their religion. Ezekiel declares that God will feed them, whether on mountains or valleys of Israel, God will feed them in ALL the inhabited places of the country.

What a statement of inclusiveness. In this statement, there is no system of hierarchy or privileged access to the good blessings from God. All the inhabited places are to be fed. And Ezekiel continues in verse 14, “….and the mountain heights of Israel will be their grazing land.”  Take special note of this. Ezekiel is not referring to a specific set of geological ridges here.  The word “heights” or “mountains” more often referred to elevated places of sacrifice and offering. So the image here is that the people are to learn a religious lifestyle of continuously being fed, eg. grazing, by living a life filled continuously with offerings, sacrifices, and prayers. A worthy ambition indeed.

As it has been established up to this point, Ezekiel is a true prophet, and one beyond reproach. He speaks to the truth of the situation and reveals Gods viewpoint.  The woes of Israel that Ezekiel is crunching through do not stop with those in power. There is culpability in the people themselves. We know this because in earlier chapters, the question was essentially raised, Why us? Why do we suffer? So Ezekiel also addresses this here as well.  And the theme is selfishness.  Funny, it’s the same issue Ezekiel had with those in power.

To fix all this, God declares that he will place His own shepherd over the flock, the one shepherd who He calls David – in other words, of the royal line.  Here we have Ezekiel giving us a reference to the coming of a Messiah, an authorized shepherd, one who will authorize other shepherds. This the same Messiah whom Isaiah named Counselor and the Prince of Peace.  Ezekiel confirms this in verse 25 by telling us that God “…will make a covenant of peace with them”.   All of this so that the people, and everyone around them can become a blessing.

And we close with, “You are my sheep, the sheep of my pasture…”