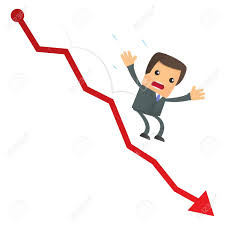 Finally.  I’ve made it to Ezekiel Chapter 30.  This chapter is proving problematic for me in some respects.   The commentaries keep drawing out implied references to Assyria – the likening of Egypt through imagery in the verses to Assyrian symbolism.  Yep.  We’ll get to that in a minute.

So this prophecy by Ezekiel jumps back to the 10th year, then jumps forward to the eleventh year.  Within this text, there are 4 poetic verse segments of prophetic doom.  As usual, when ever Ezekiel, or any other of the major prophets, lapses into poetic form, there is a high content of emotional conveyance.  We get words like “anguish”, “frighten”, “agony”, “a day of clouds”. Very gloomy stuff.

As an experiment, I grabbed the first line of each of the four sections and strung them together into a single sentence/phrase.  Surprisingly, this provides a fairly accurate summary of the main point of each verse, and the point of the section all together.

Here is what  that looks like:
Wail and Alas,  The allies will fall,  by the hand of Babylon, I will destroy the idols

This entire section up to this point seems more like a detailed impact to the entire ecosystem of Egypt: her allies and outlying cities, if you look at it form an economic point of view. To that point, it is important to remember that Ezekiel was trained in the Temple which was functioning at time both a religious center and as an economic center.  Therefore, it is not that surprising that Ezekiel draws a link between all the components of the Egypt’s empire – willing or otherwise – and the anguish and despair described above.  In fact, in verse 12, God declares that he will dry up the Nile (the very life blood of Egyptian economy) and “SELL the land “.  This is a direct fiscal reference smack in the heart of all the military oriented speak of the rest of the verses.  To get real about it all, there are very few reasons why whole armies lace up sandals and march 900 miles across desert terrain. Financial gain is right at the top of the list. And reaction to impending financial upset, even in today’s market, is always described with words like “doom”, “crash”, “hysteria”, “fear”, “anxious”, etc.  My favorite is “..it’s a gloomy forecast for blue chip today…”

Commentaries focus on verse 21 as relating to the historical event of Babylon’s initial defeat of Pharaoh.  However,  the flow of the verse, as well as the preceding chapter,  suggests an implication along economic lines following the long assault on Tyre.  It doesn’t make sense to say that an arm is broken, and then say God is going to break it again if it is taken as a literal physical asset of Egypt.  The verse does go on to say that the broken arm is not bound up, that it can not be healed so that it can become strong again. That sounds more like a critical resource has been taken away, much like the State Department is the diplomatic arm of the US government as differentiated from the Military arm.

If an arm is broken and can not grow strong, then the relationship once pursued is now beyond repair and can not be rehabilitated via treaty or trade. That would be the state between Egypt and Tyre/Phoenicia.  This would be a stronger candidate rather than the proposed Assyrian connection based on imagery alone (of a great Cypress tree)  as offered by some of the commentaries.  This Egypt/Tyre connection becomes very clear in Ezekiel Chapter 31 as Ezekiel continues his thoughts  So the verse goes on to say that God will break both arms, both good and already broken. How?  The answer is in the preceding verses, earlier in the chapter,  that detail the impact on all the allies and outlying cities of the Egyptian empire.  Pharoah will not be able to draw upon other resource in order to shore up his dwindling influence. And, because Egypt’s economic ties rely heavily on the Nile and the Nile delta, that becomes a bottleneck to him both from a military sense and from that of commerce.

All nice and tidy.

You know, it’s with more than a little trepidation that I’m launching into this next section of prophetic chapters from Ezekiel. There are several challenging concepts at work here, and some theological as well as spiritual territory that can be intimidating and downright confusing. There are some very significant things going on here, and I’ve been frankly dragging my heels starting this up again until I felt I had made some sense from this. In fact, in order to make any sense out this, I had to update my overall concept map – so to speak. My research took me out of the book of Ezekiel, through several disappointing commentaries, and finally to the Book of Judges – of all places.  But, first things first….

To bring you up to speed, I’ve been framing this exploration so far as Ezekiel working to draw parallel’s between the spiritual state of the people of Israel and the original Exodus story – the Moses narrative – as a way to bring reason to the disillusionment and dismay of the people now carried away to captivity in Babylon.   And now I’ve reached the very challenging set of chapters beginning with Ezekiel chapter 20.

It’s now 2 years later – two years since the beginning of the first visions in the desert. Firstly, that is significant in itself. Too often people look at the prophetic writings as if they just magically appeared, all in once instance.  But Ezekiel clears that up for us by stating specific dates of his writing. So we can see the development of his thinking as he works hard to come to grips with the visions and oracles he is being given. It’s a good reminder that this was written down by someone who is just as human as you or me.

Now, back to the reference points we need to keep in our back pocket to find the way through these writings. As I said, Ezekiel formed his ministry in terms of the original story of the nations of Israel – as a people led into the desert to receive the law of God eg. The Moses story. So we have, references to plagues and judgements, to visions in the desert, to a view of God not tied to a temple location, etc. Ezekiel is trying to shake the people from their fixation on belief that things will return to what was familiar and at the snap of God’s fingers all will suddenly be well. Not going to happen.

But the leaders of the Jews in captivity – for they are all now in Babylon, have some ideas of their own about how things will be going forward. Ezekiel is faced with themes of stuborness, manipulation, and political control. Yep, two years into this, and he’s faced with an even bigger mountain of work. So, Ezekiel takes the people even further into their national story – it’s the same story that we read about in Judges. Believe me, Ezekiel is just as focused on the same messages faith, accessibility of faith to all, and social justice issues as he’s been all along up to this point.

Ezekiel will use elements from the time of the Judges to throw the expectations of the Elders of Israel back in their faces. He will use repetition of their own words, repetition of earlier themes and images, and best of all some of the role reversals from the beginning of the book. And, at the end of it all, we get an interesting roll call of nations (also a theme from Judges) which ties in with the messages of Isaiah, Jeremiah, Daniel and many others. It’s all great stuff, but can leave the reader a bit out of breath.

My next blog will dive right into Ezekiel and the Judges of Israel. See you soon.